We have an open thread today and tomorrow.

A Homebound Nation Goes All Out With Lavish Christmas Decorations
Americans have been putting up an abundance of lights, Santas and even flamingos to create some extra holiday cheer this year

Have you decorated more lavishly this year?  You can share your holiday decoration photos in the comments anonymously by using imgur.

Did you get any new ornaments this year? 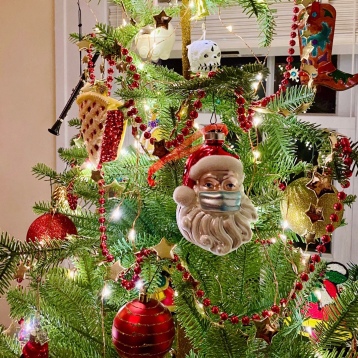